How to use your Step and Repeat to cash in with selfies. 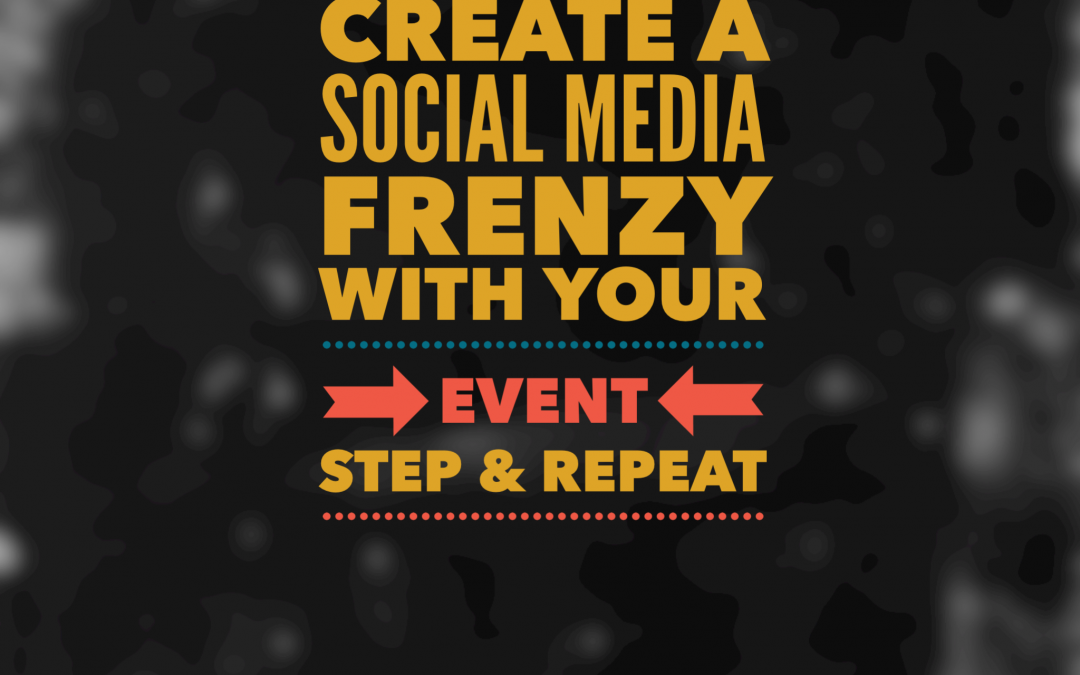 Wanna crush it like a Rockstar, grow your audience reach into social media, and be remembered for the right reasons? Check this out…

While attending an event recently, I noticed a Step and Repeat backdrop that we had not created at Kick Ass Media. Umm yeah.

You know how it is when you see a similar product to your own that you didn’t make, you check it out. They had done it on fabric, which is best for photos, but they used a brutal pole and pocket frame which caused waves in the fabric. Also, there was zero audience engagement…fail!

I watched for a while and hundreds of people were walking by not engaging or doing anything with this backdrop.

In addition, there wasn’t any other onsite branding. I thought to myself what a disappointment. Why spend money and take the time to produce something that looks mediocre, especially with nobody using it as a result?

How could this have been done differently?

Well, aside from using the expand step and repeat frame that pulls a print tight and looks more premium, they needed to think about the strategy of the backdrop in this situation.

The first question is: What is the goal of the product? Frankly, at this event I don’t even know what the goal was; it was just sitting there near where the audience was walking, getting zero attention.

Goals could have been:

But none of those were being achieved.

The one we all want more of is social engagement. Am I right? Right. But why?

Social engagement from your event can spread your message to 1000’s of people that didn’t even attend the event and it’ll cost you very little.

Let’s think about the mindset of the audience…Why are they there?

In most cases people are attending things they want to brag about and what’s the number 1 way that people brag about what they’re doing???

SELFIES on SOCIAL. I mean come on, selfies are now the most taken photograph…cash in on that sh#!.

So how do we do that?

The easiest way: Put a sign near the backdrop that says “Show off to your friends: take a photo and post with hashtag xyz or link to our website or tag us, etc”. Whoop there it is.
Make it look cool with some lights, a small red carpet and some stanchions and rope. Often times people will put a photographer in front of the step and repeat which is cool but if you stand there and watch, 99% of people are going to ask the photographer to take a photo with their own phone.

At least do the lights and the sign which encourages and reminds them to selfie, post and attach you in it.

That small step, that one piece of instructional signage, seems small but is especially important. It can be the difference of 1000’s of people learning about an event that they didn’t even attend. Think about the ROI of that. At barely any cost, you could be getting so much more brand awareness.

That’s how you create #KickAssExperiences, look like a rockstar, and be remembered for the right reasons.

Want to learn more? Check out Step and Repeats by Kick Ass Media

‘Til next time it’s Chris Crawford saying crush it at your next event!

Melissa Bartzis
15:15 27 Jan 20
Excellent customer service both times I have used... them with quality product and great turn around time.read more

Nathalie Hatter
15:47 23 Jan 20
They were amazing to work with, very responsive... with changes and the final products looked great.read more

Carla Sinclair
22:08 21 Sep 19
Love the ease of setup and how professionally... they represent our organization!read more

Jamie Dykstra
19:00 17 Sep 19
friendly service, quick turn arounds if needed... and great product. I have worked in PR for 15 years and have used a lot of different suppliers. I highly recommend Kickass Mediaread more